Have you ever wished you could turn off the noise in your car, on an airplane, or coming from your roommate’s room?  Using active noise control, you can at least turn down the volume.  Active noise control is the practice of playing “anti-noise” that will control the undesired noise. 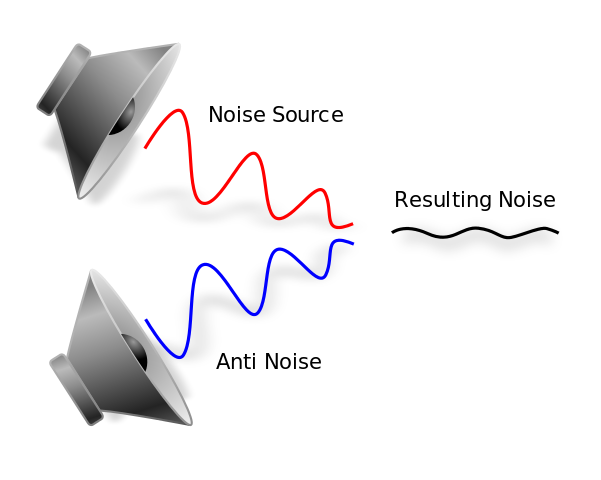 When we hear a sound, we hear the pressure variations in the air.  Air particles also have a velocity.  That pressure and velocity can be measured and combined to be acoustic energy density.  BYU’s acoustics research group has been making waves using energy density to turn down the noise around us.

Energy density is measured with an intensity probe. These probes come in many different varieties, most involving more than one microphone.

Energy Density gets Generalized at BYU

One of the benefits of using energy density is that it is more spatially uniform that pressure.  Imagine a room with a speaker in it playing a tone.  Walking around the room, the tone will sound louder in some places and quieter in others (get out your signal generator and try it).  A microphone will measure what you hear, which means that placing the microphone in the right position is crucial.  If I want to know how loud the speaker is, but I put the microphone in a quiet spot, I will get the wrong answer.  Energy density, on the other hand is much more uniform.  If our ears could hear the acoustic energy density, we would not notice the quieter and louder areas in the room nearly as much.  This spatial uniformity is what makes active noise control so much more effective with energy density. 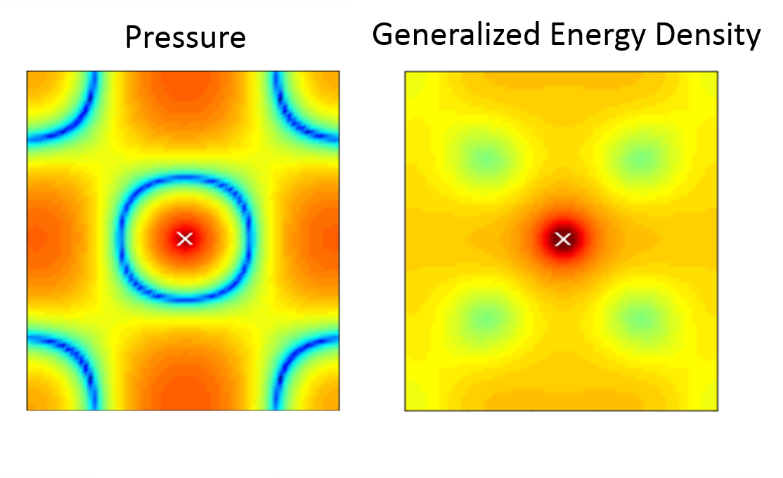 Generalized energy density (GED) was introduced by Buye Xu, Scott Sommerfeldt, and Tim Leishman in 2011. The idea behind GED is that the benefits of utilizing energy density can be expanded by changing the amount of pressure and particle velocity to use when calculating energy density.  In the picture to the left, red is loud, blue is quiet and yellow/orange is somewhere in between.  GED is much more uniform through the whole room than pressure is. 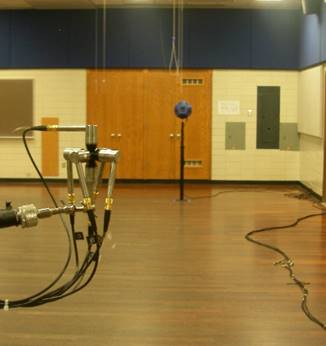 Energy density is also useful in other areas of acoustics.  It has been used to measure the sound power of sources and the absorption in a room.  It has been shown in both cases to be more effective than pressure measurements.