Nonlinear acoustics deals primarily with extremely loud sounds. Though these could be any loud sounds, at BYU a majority of our nonlinear research has to do with jet and rocket noise. Though these sources are loud enough to pose a significant risk of hearing damage, nonlinear effects can make them even more potentially damaging! 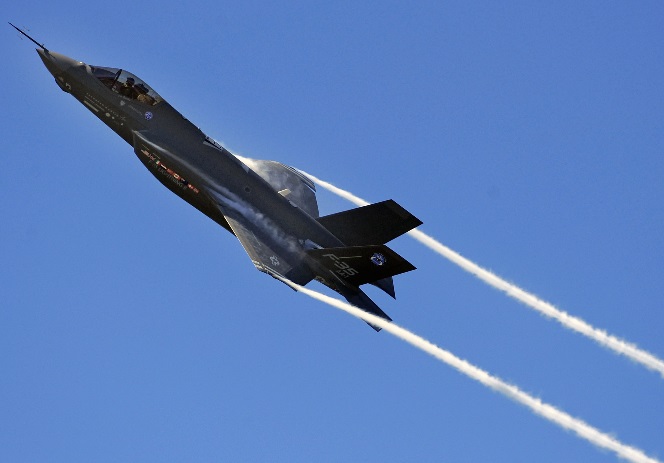 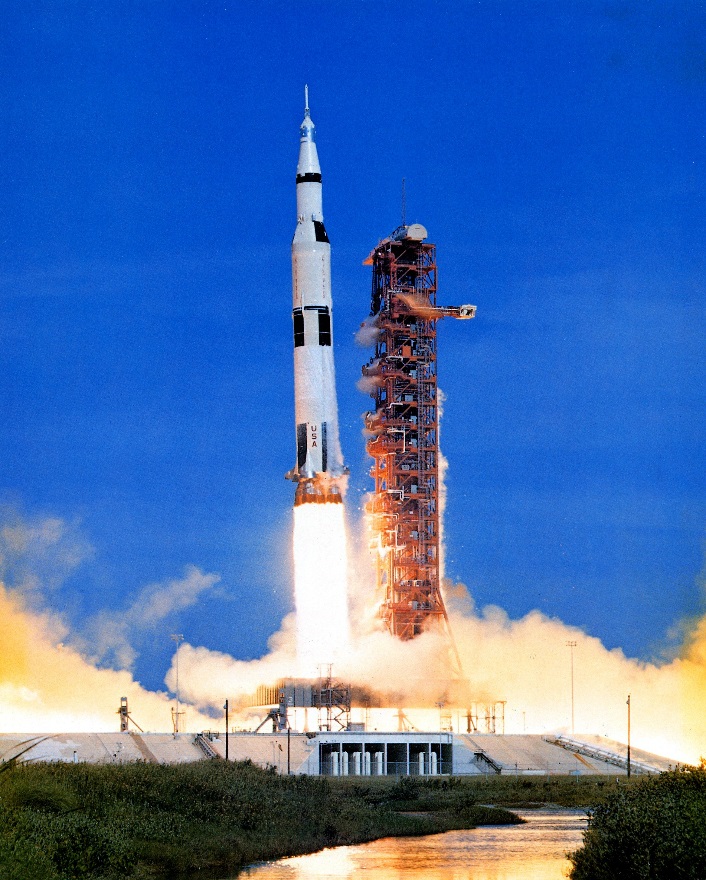 We usually think of sound as a linear process. This means that what we hear right next to a sound source is basically the same as what we would hear 100 feet away. The sounds typically don’t change as they move through the air. However, if the sound is extremely loud, the sound distorts as it travels. You can think of this as similar to a wave building up on itself and then breaking as it reaches the shore. Unlike in the ocean, a sound wave can’t break, so instead a shock wave (An instantaneous increase in pressure) is formed. This video shows nonlinear steepening of a simple wave and it propagates through the air. The shocks are a form of impulse, which can be more damaging because of how sudden it is, like how a slap to the face hurts more than a gentle shove. This sort of impulsive noise can increase sound exposure by up to 12 decibels!

How to Measure Nonlinearity 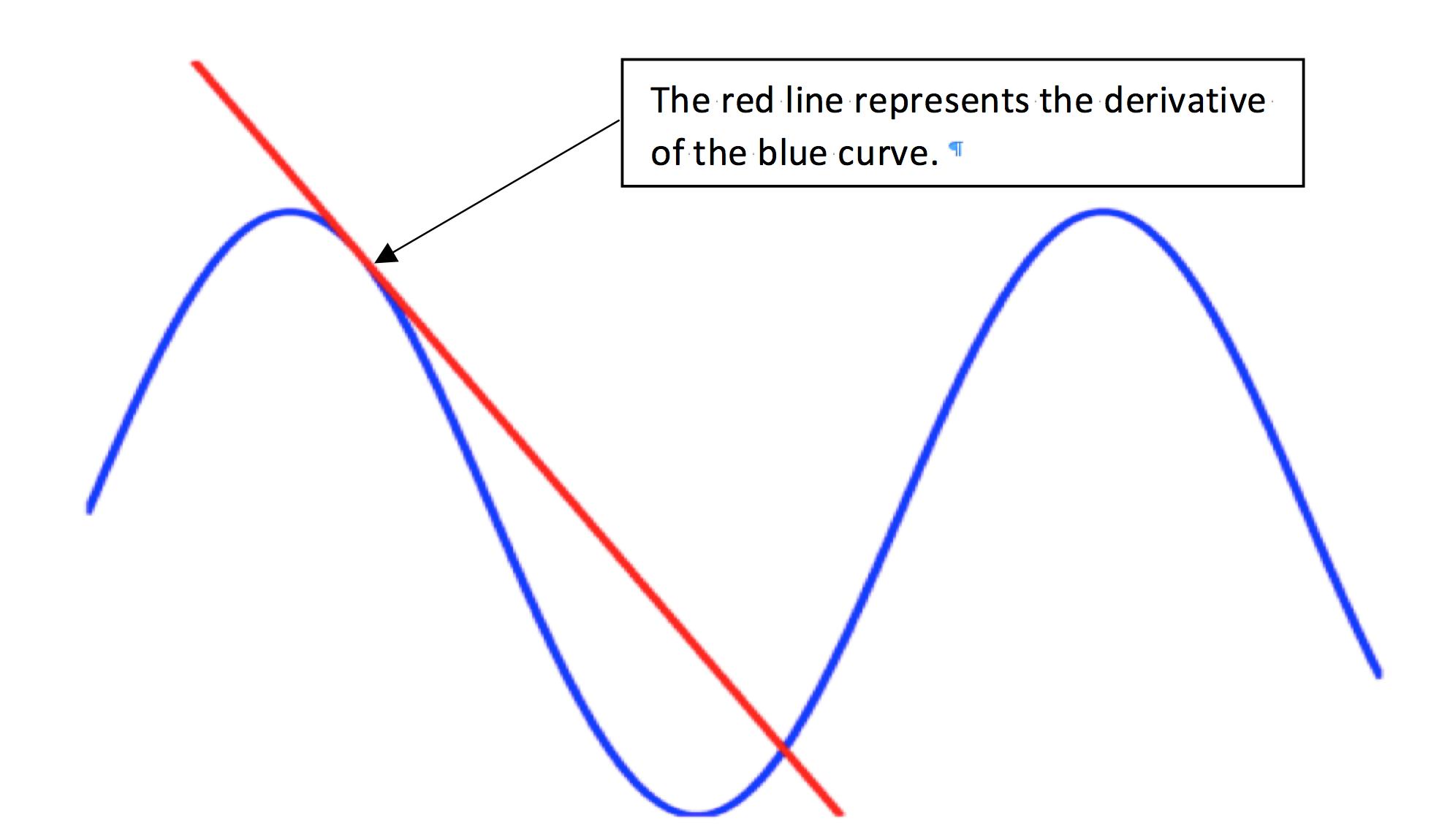 It doesn’t quite work that way because of nonlinear effects. The waves are loud enough that they steepen and form shock waves as the sound moves away from the jet. The picture below shows the derivative skewness of the same jet. A higher derivative skewness means more shock waves present. Even though it’s loudest right next to the jet, there are more shock waves when you stand 100 feet away! That means that even though it’s quieter, there is still a huge risk of hearing damage when you’re farther away from the jet! 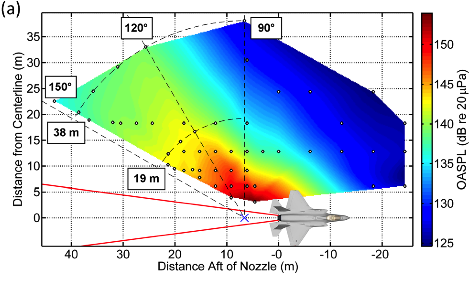 This actually has a very real effect on our perception of sound. If we were to pretend that nonlinear effects didn’t happen, jet noise might sound like this. With the nonlinear effects, they sound like this. Did you notice the difference between the two? The annoying, popping sort of sound present in the nonlinear noise is called crackle, and research is still ongoing as to exactly how this affects our perception of hearing. One thing is for certain – Nonlinear effects have a real effect on jet noise and those who work in contact with it. 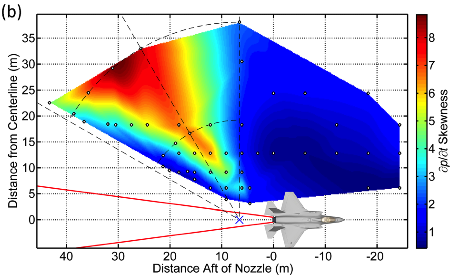